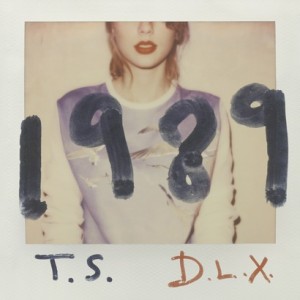 DID YOU HEAR TAYLOR SWIFT HAS A NEW ALBUM OUT????? Oh. You probably did hear about that already. Perhaps I am late getting around to blogging about it, but I did download and listen to 1989 just days after it was released at the end of last month.

And I was disappointed.

I’ve always had affection for Taylor Swift. I mean, who doesn’t? She’s pretty, she’s sweet, she’s talented, she keeps it clean, and I’ve always thought that she writes from an authentic female experience in respectful and relevant terms. I even once wrote a column about her in which I explored how I believe her lyrics often are an authentic expression of femininity in its purest form.

But in this most recent album, while surely not raunchy along the lines of pop stars like Katy Perry and Nicki Minaj, the new Taylor Swift is edgier than her former self. Some phrases that stood out to me as different from previous lyrics were “Oh my God!” “handsome as hell” “all the damn time” and “tangled up with you all night.” Pretty tame by pop music standards, for sure, and in the end, references like these weren’t really what disappointed me.

As I listened to many of the songs on 1989, I couldn’t help but consider the new persona Swift seems to be embracing. If I were an immature, self-centered, and materialistic 20-something going through a bad break up, I think this would be most favorite album. Like EVER. But I am not that. I am a mom of beautiful, strong, and capable young women for whom I have great hopes and dreams, and in whom I have great confidence. While I previously appreciated the messages Swift wanted to send young women, I’m just not hearing the words of a self-respecting role model in lyrics like these from “Blank Space.”

Saw you there and I thought oh my god
Look at that face, you look like my next mistake
Love’s a game, wanna play

Other songs on the album, like “Style” and “Wildest Dreams” describe a self-focused, materialistic kind of romance with no expectation of permanence or mutual respect. I felt sad listening to them.

I can see the end as it begins, my one condition is
Say you’ll remember me
Standing in a nice dress, staring at the sunset, babe
Red lips and rosy cheeks
Say you’ll see me again even if it’s just in your wildest dreams
– Wildest Dreams

Is this really the same young woman who sang about together forever and fairytale endings? What happened to all those hopes, dreams, and ideals? Is she willing to trade them all in as long as the guy who uses her will remember how good she looked in a dress once?

Not all the new songs are disappointing. I really like “This Love” for its pretty melodies and hopeful lyrics, “Clean” is an honest and moving description of a painful break up and healing process, and “Out of the Woods” is an accurate depiction of the anxiety and insecurity of a new relationship.

But in the end, most of the songs on 1989 sound like a sell-out of Swift’s former self. While her lyrics used to express love by showing respect and being unafraid to be vulnerable, these new songs express angry confidence by describing a young woman who uses the same men she allows to use her. Not exactly what I want to be filling my daughters’ hearts and minds with. Or my own.

St. John Paul II exhorted us: “Do not settle for mediocrity.”

I worry that Taylor Swift is settling, and that her new album is a symptom of a culture that won’t allow anything pure, honest, and real stand for very long. Are we really so jaded that songs like these are what we’ll settle for? Well, I’m not that jaded, and I won’t allow my daughters to be either. We can do better than this. 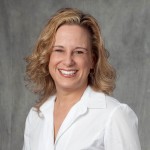 Danielle Bean, mother of eight, is editor-in-chief of Catholic Digest and Faith & Family. She is also author of My Cup of Tea: Musings of a Catholic Mom, Mom to Mom, Day to Day: Advice and Support for Catholic Living and (with Elizabeth Foss) Small Steps for Catholic Moms: Think. Pray. Act. Every Day